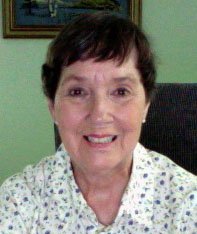 Rosemary Johnson was one of the first visitors to Cooking Contest Central, and it is no surprise: She has been an avid recipe contester since 1996, although she has entered recipes since 1964. Her most famous win was placing 3rd in 2003 Gilroy Garlic Cookoff with “Summer Garden Pie with Chipotle Cream”. She was the farthest contestant that year and High Noon did a feature of her on TV that has played almost every year since then.

FUNNIEST PRIZE: A gift basket from Spain with no tag on it. “I won it the week that I retired, and I thought someone had sent me the basket because I had retired.”

ADVICE: “Don’t give up, keep it simple, keep it fun, and go for as many as you can.”