Who better to recap episodes of Iron Chef than a rockstar chef herself!  Welcome Shannon Wampler-Collins as the latest CCC food television correspondent.   She will be keeping us all in the loop when there are new episodes of this iconic Food Network show. 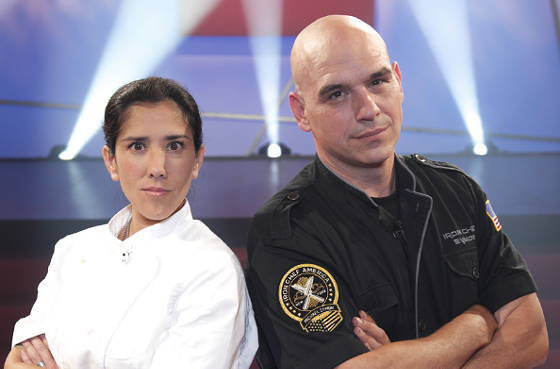 “The January 27th 2013 episode of Iron Chef was a grudge match between Iron Chef Symon and a former competitor from season 3 Chef Teo. The Chefs share a similar food view as they are both from the midwest and are accustomed to heavy protein dishes. The secret ingredient of the challenge was a vast array of plums. Both teams gathered duck and chicken livers, but their preparations differed greatly. Many of the evenings dishes carried an Asian influence, due in part to the secret ingredient. The melon baller was introduced as the culinary curveball and both teams took it in stride. It was not a favorite tool of either one. Both Iron Chef and Challenger presented many well thought out dishes, but in the end Chef Symon came out the winner.” 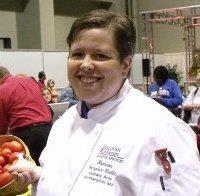 One Response to “What happened last night on Iron Chef? Symon vs. Tio”