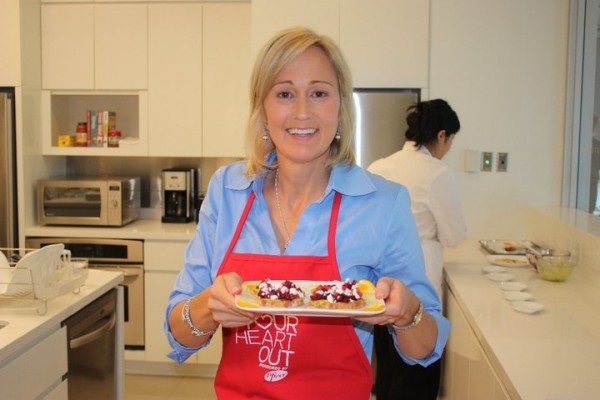 Beth Royals has been passionate about cooking and baking for as long as she can remember. Her parents encouraged her participation in the kitchen and she made the association early on that cooking for others is an act of love and the best way she knew to give of herself. She began baking with her 4 year old son and as a result stumbled upon an ad for a “Cooking with Kids” contest. When she won the grand prize in early 2002 she was immediately hooked on contesting. “I’d always enjoyed developing my own recipes and experimenting with different taste/texture combinations, so I felt contesting might be a good fit.”

Finalist, Hungary Jack Use Up the Box Contest

FAVORITE PRIZE: “My favorite trip was to the Gilroy Garlic Festival where I was able to see my sister who lives on the west coast. My favorite prize was a glass cake dome with a hand-painted saying on it from an interview I’d done with our local food editor: ‘Life is like a piece of cake, even when it’s bad, it’s good'”.

ADVICE: “Take a look at past winning recipes for a particular sponsor and analyze what they all have in common. Do the titles have a gourmet ring and include complex ingredients or do they lean toward homestyle recipes with minimal steps/ingredients? Don’t be let down if you don’t win. In the worst case you may have come up with a dish that will become a family favorite for years to come.”